Bar Exam Trends over the Past 10 Years 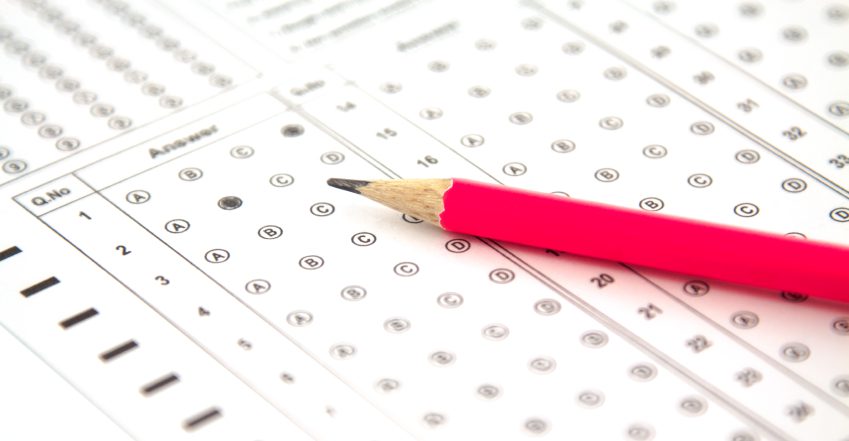 In 2014, 64% of examinees passed the bar exam, the lowest national percentage in 10 years. What does this mean for law students, current lawyers, and the overall future of law?
Perhaps one of the best ways to answer this question is to study past and present trends surrounding the bar exam. This way, it is possible to determine whether or not the surprisingly low 2014 exam scores were a chance occurrence or rather an indication that the quality of legal education is declining. 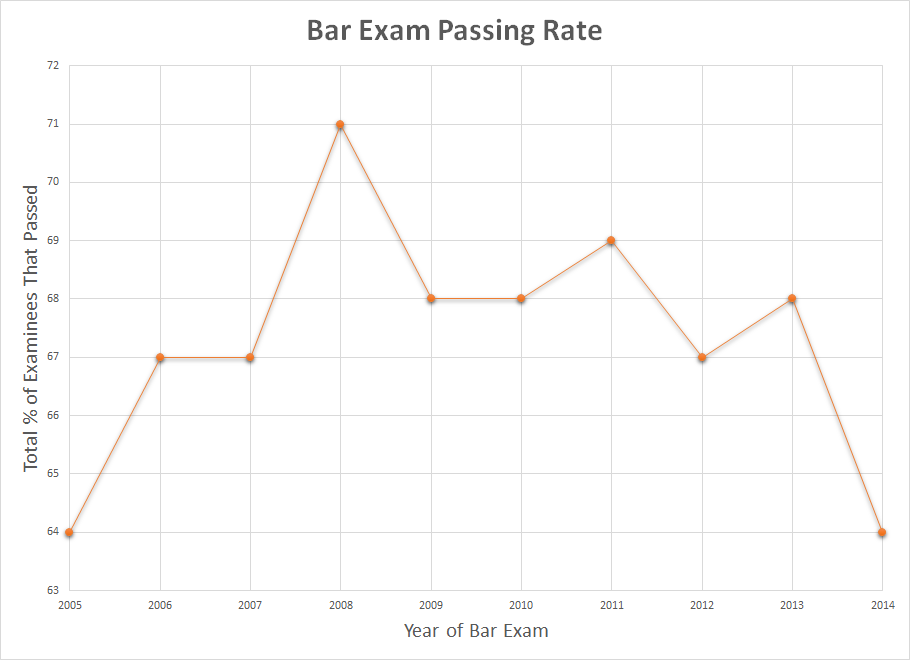 As seen by the chart above illustrating the national passing rate for bar examinees over the past 10 years, 2005 and 2014 marked an all-time low. What is not shown in the graph, however, is that the passing rates from 2002-2004 were even lower than 64% and dropped as low as 62%. Thus, 10 years ago the bar exam passing rate was on the rise.
The passing rate reached its high of 71% in 2008. Since then, there has been steady fluctuation in percentages until 2014, which saw a 4% drop from the previous year. 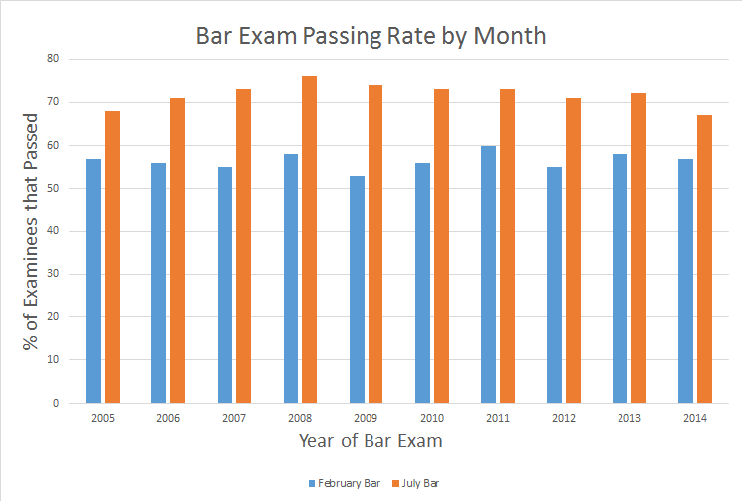 Overall, the percentage of examinees that pass the exam from year to year remains relatively constant. There is an undeniable trend that exists, however, between the passing rate for examinees that take the bar exam in February and those testing in July. In fact, July bar examinees are seemingly much more likely to pass the bar exam than February examinees.
What could be causing this trend? Are July examinees more capable than February examinees? Assuredly this is not the case, nor is the February exam more difficult than the one issued in July. Rather, this trend could be influenced by a number of factors. For example, examinees that did not pass the exam in July are likely to re-take the exam in February; repeaters automatically have a statistically lower chance of passing the second, third, or fourth time around. 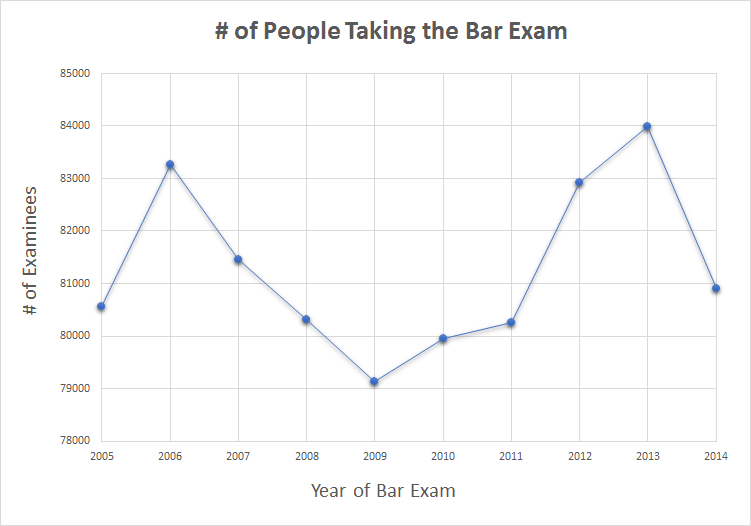 While the total number of bar examinees seemed to be steadily declining between 2006 and 2009, there was a sharp increase between 2009 and 2013 of about 5,000 examinees. Although 2014 saw another steep drop, the trend of data supports an overall increase in the number of examinees over the past 10 years, indicating an increase in the number of aspiring attorneys as well.
For young lawyers, this means that a highly competitive job market should be anticipated. The Bureau of Labor Statistics reveals that more law students graduate each year than there are available jobs and predicts that the profession will grow at an average rate of 10 percent by 2022. 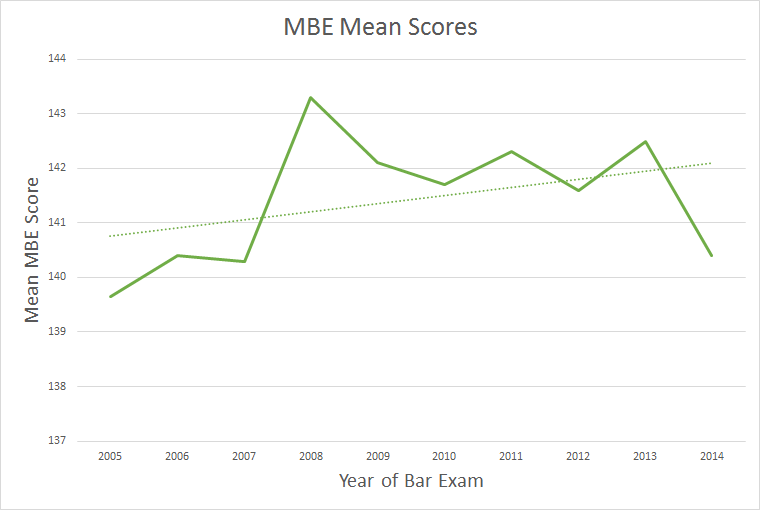 The 2014 bar exam results saw an overall decrease in MBE scores from the previous year with an average score of 140.4, down from 142.5 the previous year. However, 2005 still remains as the year with the lowest mean MBE score over the past 10 years at 139.7.
These numbers imply that perhaps law students did not prep enough for the MBE in 2014, but overall have still been prepping more effectively for the MBE since 2005! We like to think AdaptiBar has influenced this rising MBE trend since its foundation in 2003.

Given all of this information, it is obvious that the past 10 years’ bar exam statistics have consistently varied. Thus, it doesn’t seem too concerning that the number of bar examinees taking and passing the bar exam in 2014 dropped. Whether or not this decline indicates the start of a new trend, however, has yet to be determined.