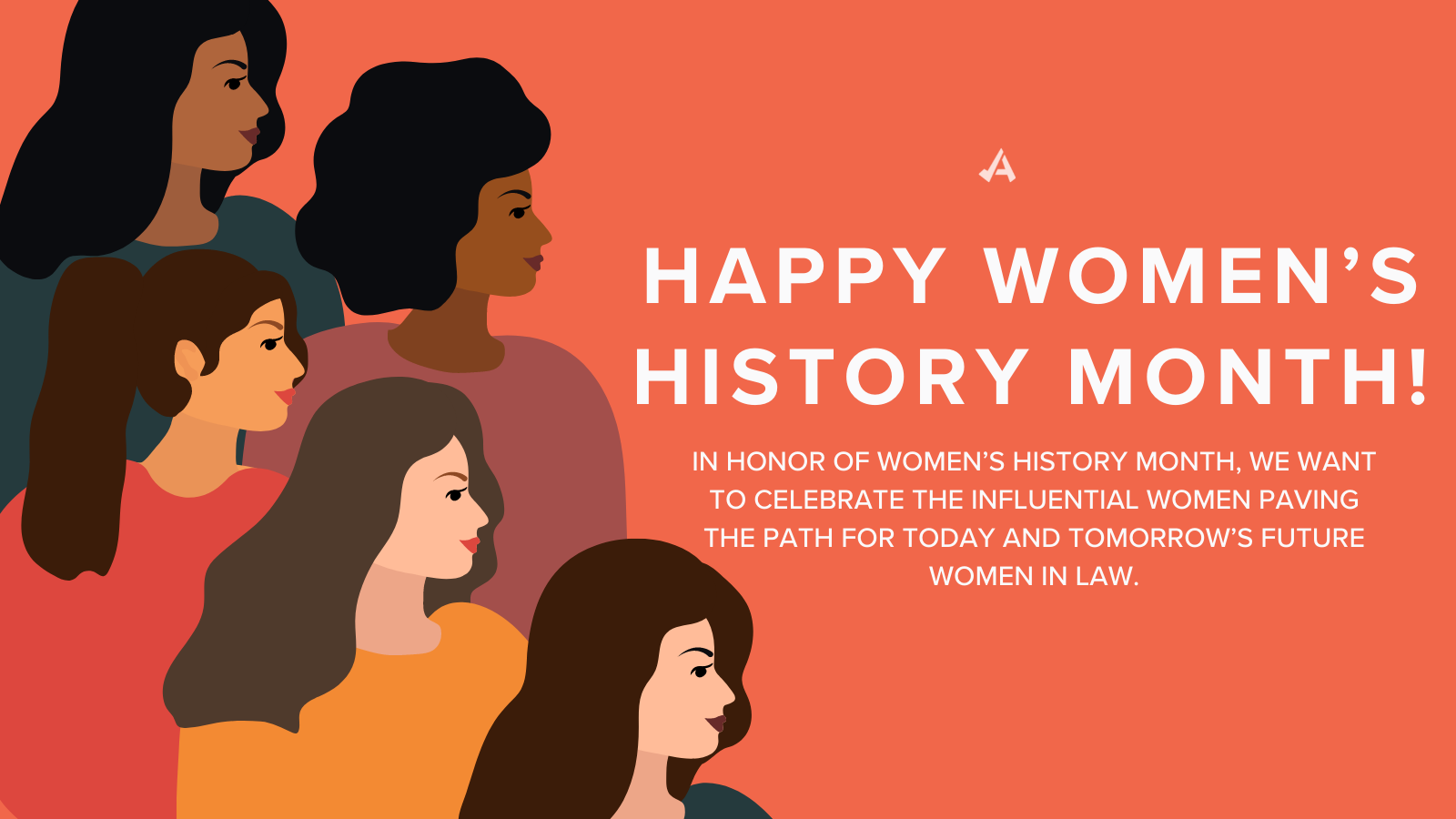 Since 1981, we have celebrated women’s history during the month of March. Women’s History Month is a time to celebrate the contributions women have made to the United States and recognize the specific achievements women have made over the course of American history in a variety of fields. Today, women make up 38% of lawyers in the United States, and it is because of the following women we trailblaze forward.

“I may be the first woman to hold this office. But I won’t be that last.”

When women were denied entry into legal professions, these four women chose to break the rules and become lawyers.

Women who paved the way further.

“We have to build things that we want to see accomplished, in life and our country, based on our own experiences … to make sure that others … do not have to suffer the same discrimination.”

“Disability is not something an individual overcomes. I’m still disabled. I’m still Deafblind. People with disabilities are successful when we develop alternative techniques, and our communities choose inclusion.”

“Do the best you can in every task, no matter how unimportant it may seem at the time. No one learns more about a problem than the person at the bottom.”

We hope these women’s stories and achievements inspire you to become trailblazers in the legal field!